In negg® we strongly believe that innovation and safety are the two keywords for the future business market.

We provide high-quality products and solutions to enterprises and institutions worldwide through leading ICT innovation. 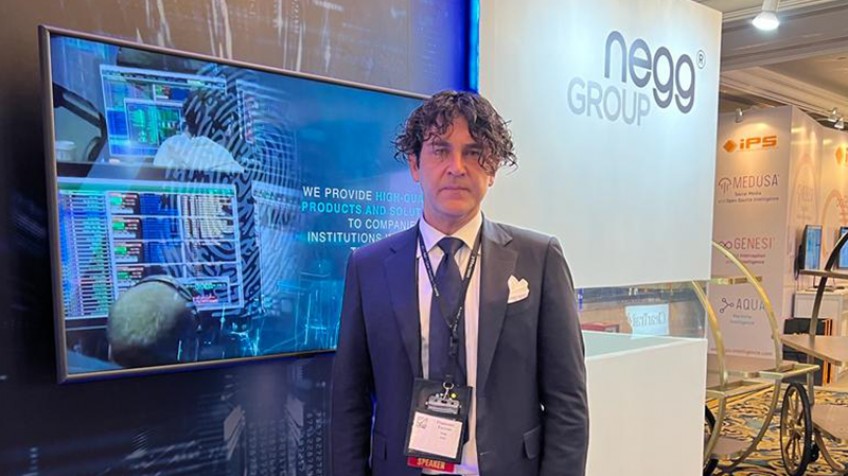 For the first time, negg takes part to the ISS WORLD ASIA 2022 conference in Singapore From 6-8 September, negg® took part at the ISS WORLD ASIA 2022, the world's largest gathering of Regional Law Enforcement, Intelligence and Homeland Security Analysts, Telecoms as well as Financial Crime Investigators responsible for Cyber Crime Investigation, Electronic Surveillance and Intelligence Gathering that took place in Singapore.The event occurred in the Island ballroom of the iconic Shangri-La Hotel where many booths were set up. It is the first time that negg® decides to participate to such an important international event and we are proud to share this experience and what it represents for negg®. The motivation that guided our choice is based on the value we give to the relationship with the asian market, reason why we have decided to get closer to our clients and, at the same time, expand towards new ones. The event, characterized by a full immersion in the name of business and information about our sector, got us in a constant relation with governative entities, providers and potential investors. During these days, the team, guided by the CEO Francesco Taccone, had the pleasure to have different training sessions in our booth aimed at explaining the implementation of our products, receiving great feedback from participants. “ A surprising success, to say the least, resulted by the constant interest and flow of the participants, that led our team to fill the daily agenda out to the point that it was necessary to protract, with great pleasure, the permanence even after the end of the event. The merit of these results is also of the negg® staff, that has contributed with commitment and dedication to the preparation of the event and of the ISS responsible, who demonstrated great availability and impeccable organization.” As affirmed by the CEO Francesco Taccone about the development of the event. What particularly surprised us was the interest that we received not only for the quality and efficacy of the presentations, but especially for our logo and for what we refer to as our competitive advantage, the made in Italy, of which the CEO shared and will always highlight with great pride and passion its history. With reference to the basic idea of negg®, that is: creating something just by imagining it; we aim at a constant research of stimuli and we strongly believe that facing new realities may be a way to be inspired and improve. ISS was a great opportunity to enlarge our network, giving us the chance to receive more visibility in the asian market. Events like this offer new perspectives on the market, just like the possibility to confront with colleagues of the same sector with whom thinking about possible collaborations. For this reason, it is not to exclude our future participation to similar events. Thanks to who came to visit us in our booth and special thanks to ISS for the management of the event and the hospitality in greeting us.

ROME- In the Auditorium of the Luiss Guido Carli University, via Pola 12, Francesco TACCONE, CEO of negg, received the Highest Financial Report Honor on the occasion of the 41st event of the Industria Felix Award.Italian companies, above all in the Centre of Italy, had to deal with many difficulties during these years: From the Covid 19 crisis to the actual situation led by the conflicts between Russia and Ukraine, which slowed down the growth and the economic recovery of our Country.Based on a research conducted between 2007 and 2021 by Cerved on the Regions of the Centre of Italy about the revenue trends and the growth perspectives of 2023, a strong recovery from Umbria and Abruzzo resulted, while Marche, Toscana and Lazio still find themselves in a difficult situation.On Thursday April 28th, at the Luiss Guido Carli University of Rome, on the occasion of the 41st Industria Felix event for the Regions in the Centre of Italy, the presentation of the results of the Cerved Marketing Intelligence analysis took place; the Cerved unit aimed at supporting the growth of the Italian companies through Market&amp;Sales Intelligence and Digital Marketing and Advanced Analytics services.The Market Intelligence Director of Cerved, Manuela Bravo, presented the business case during the convention which rewarded 90 companies from the Center of Italy, among the most efficient for management, financial integrity and sustainability, so divided: 34 for Lazio 19 for Toscana 19 for Marche 11 for Umbria 7 for Abruzzo The companies were selected by a qualified Scientific Committee headed by professor Cesare Pozzi, lecturer of Industrial Economics at Luiss University, based on an unquestionable competitiveness algorithm related to the economic bill, the financial integrity recommended by Cerved Group Score Impact and an average of employees not lower than the previous year.These Companies, or better to say Excellences that, during a year so hard like 2020, had the ability to react and adapt to the various challenges to face, proving great resilience and spirit of initiative, giving hope to Italy and taking high the value of made in Italy in the world, by investing in digitalization, enlarging their presence abroad and facing consciously the challenge of environmental transition.The awards ceremony saw involved names like:F.lli De Cecco Di Filippo Fara San Martino, as the best big company with international vocation with legal headquarter in Abruzzo region for managerial performance and Cerved financial integrityManifatture Sigaro Toscano, among the best companies with international vocation for managerial performance and Cerved financial integrity with legal headquarter in Lazio regionNucleco Society For Nuclear Ecoengineering, Best company in the environmental sector for managerial performance and financial integrity Cerved with legal headquarter in Lazio regionBsp Pharmaceuticals, best big company, with legal headquarter near the province of Latina and among the best companies with international vocation with legal headquarter in the Lazio region for managerial performance and Cerved financial integrityAnd other more.Among the companies took into consideration, negg stood out as the best innovative SME for management performance and financial integrity Cerved with legal headquarter in Lazio region.Francesco Taccone, CEO of negg, together with Valentina Nicosia, Operating Responsible, received the award, sharing it with all the negg Team and, above all with Paolo Russo, CTO, and Arnela Hodzic, CFO, for accompanying him in this journey and contributing in a determining way to the evolution, growth and success of the company.According to what the CEO of negg affirmed, it is an extremely important recognition as it is the result of many sacrifices and the sense of belonging and resilience proved by the team in a so complex and hostile time. 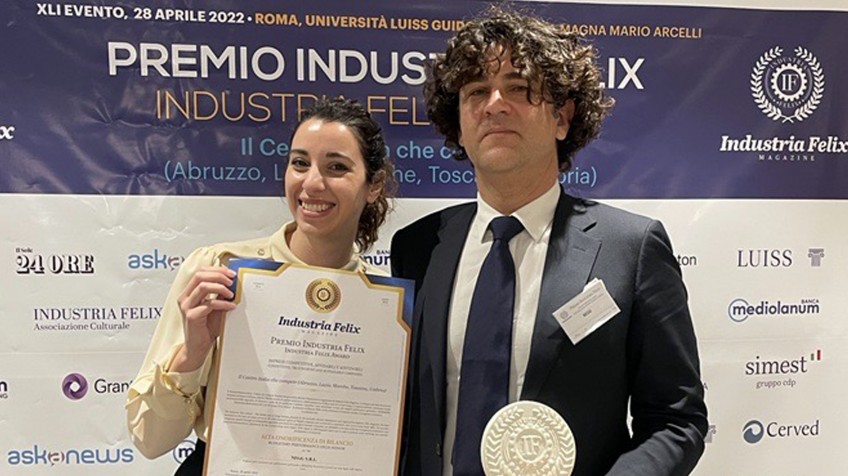 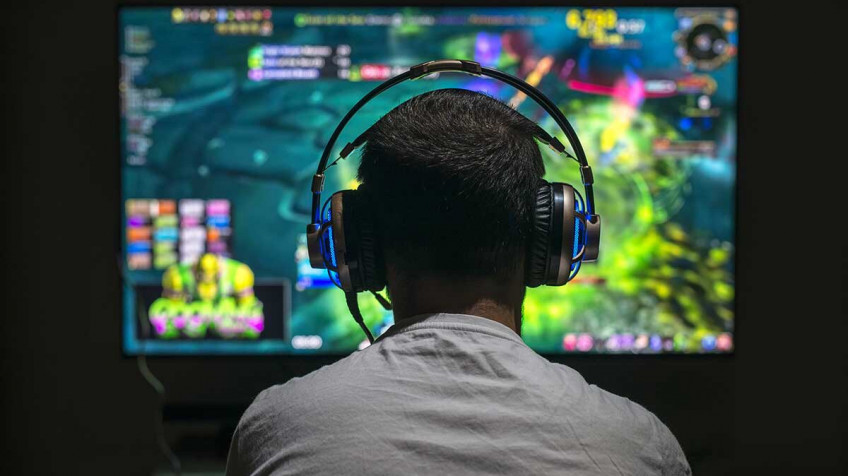 NEWS 23 Mar 2021
Kidfluencers and social platforms, the effects of the digital revolution on the exploitation of child labor

It may seem like stating the obvious, but children should be children. Unfortunately, child labor is a sad but widespread reality. It has always been found particularly in disadvantaged contexts in which they are forced to work so they and their families can survive. According to the International Labor Organization (ILO), around 152 million children between the ages of 5 and 17 are victims of child labor in the world. Most work in farming, followed by the services and industrial sectors, particularly in mines. Figures which, as the ILO itself and UNICEF warn, could increase due to the poverty related to the COVID-19 crisis. By definition child labor is any kind of activities which is mentally, physically, socially or ethically dangerous for children. The worst cases of child labor include those that put the child's health, safety or morality at risk. Still, with the onset of new technology child labor is gradually changing its face. Children should be entitled to access quality education and develop through the power of play anywhere in the world. But you cannot call it play if you can make money out of that! Children are among the biggest stars of the web, earning millions through influencer deals with blue-chip brands or game platforms and social network’s partner programs, which gives creators a cut of ad revenues. Indeed, they have a major influence on other children who try to emulate them in every possible way. The “Kidinfluencers” phenomenon is taking over mostly in developed countries. But, is kidfluencing work? Some parents of influencers point out that the kids are just having fun or are barely conscious of what they are doing (brilliant and terrifying at the same time Julia Carrie Wong for The Guardian https://www.theguardian.com/media/2019/apr/24/its-not-play-if-youre-making-money-how-instagram-and-youtube-disrupted-child-labor-laws ). The boundary between innocent childish leisure and work imposed by parents is very thin especially when considering that every dollar a kid earns belong to his parents since they don’t even own their social media accounts. Many platforms ban children under thirteen from having accounts, which means that no pre-teen stars own the accounts to which the platform pays a share of advertising revenue. Influencer arrangements – in which brands pay influencers to post a photo or video of themselves promoting a product – take place off platform, and are presumably negotiated by parents. So, in a provocative comparison, can be claimed that online platforms are the modern mines? So much is said about “Kidinfluencers” phenomenon not only to safeguard children’s privacy but also to protect them from exploitation with special laws. Indeed, for these children all of this is more than just fun and games. It is a multimillion-dollar market which badly hides huge economic interests. “Kidinfluencers”, although celebrities, remain above all minors to protect, the same protection that their 'follower' peers, bewitched by this incredible success, deserve. Indeed, the isolation imposed by the current pandemic situation has made web addiction much worse. negg is strongly opposed to the exploitation of child labor in all forms even if on online platforms. For this very reason it is crucial that online platforms deliver more information on current legislation. Fight against the commercial exploitation of the image of minors and avoiding contents that are detrimental to their dignity as well as physical and psychological integrity is a duty that all IT operators should give priority, always and however. 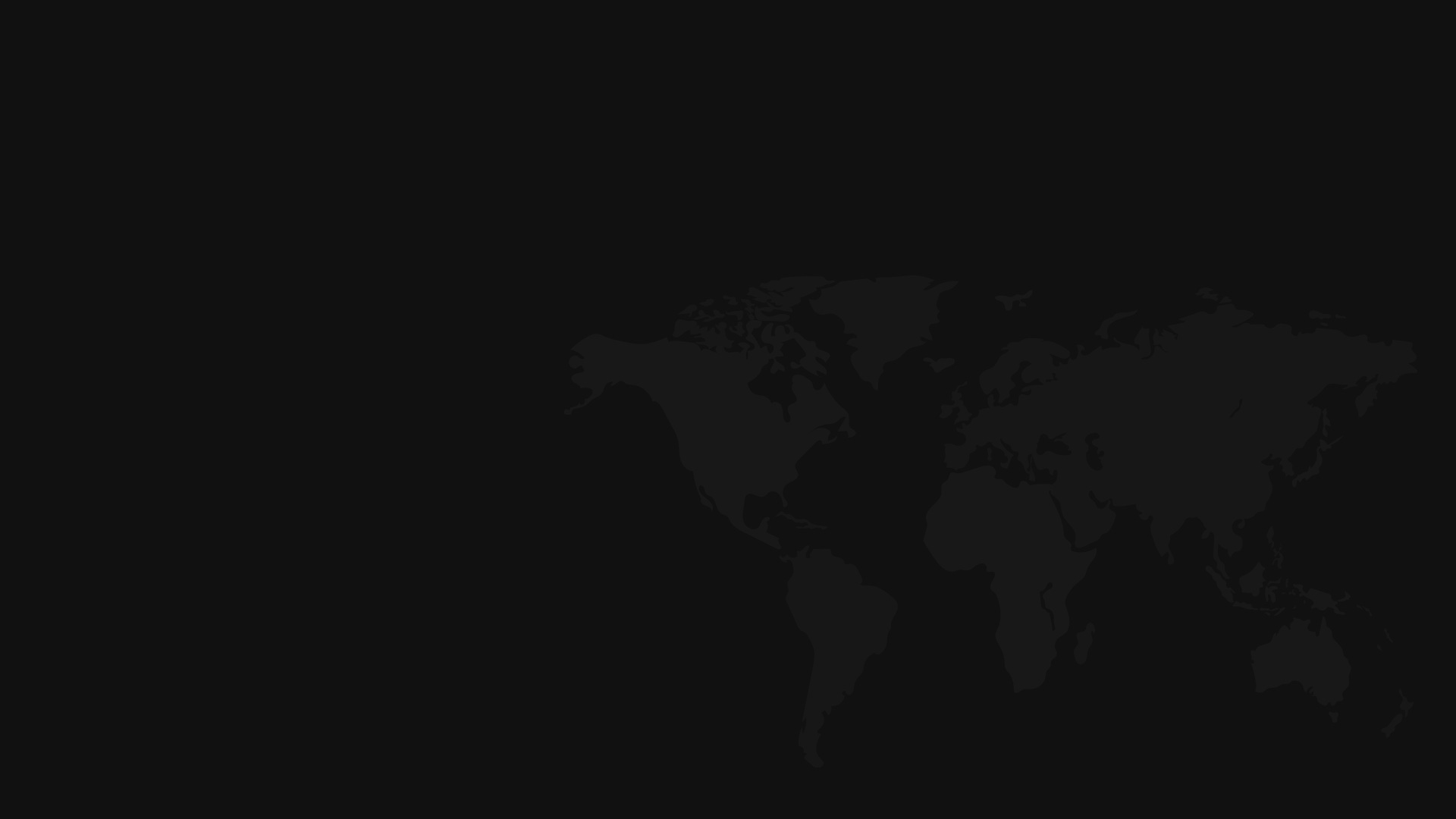 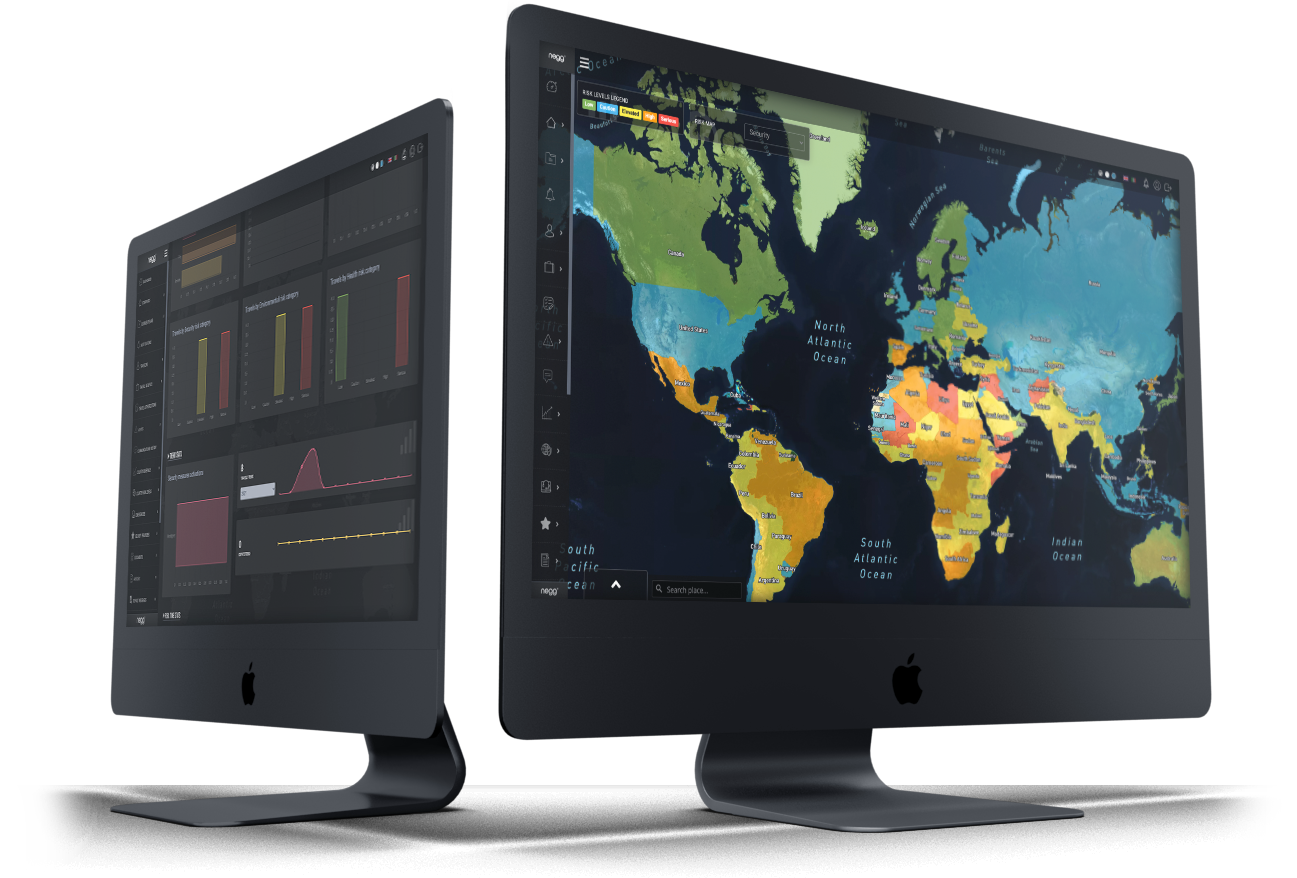 Our Travel Security Platform allows you to organise, manage and monitor your travelling staff 24/7, wherever they are, send and receive personalised alerts, offer logistical support and assistance when needed.

Our Travel Security Platform allows you to organise, manage and monitor your travelling staff 24/7, wherever they are, send and receive personalised alerts, offer logistical support and assistance when needed.